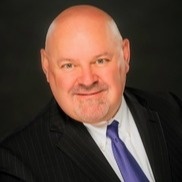 Dan prides himself on his disciplined and decisive approach to investing and life. These traits were instilled in him during his four years at the United States Naval Academy in Annapolis, Maryland, where he was also a mainstay on the Navy Hockey Team. Upon graduation in 1985, he was commissioned a 2nd Lieutenant in the United States Marine Corps.

Dan served 3 years as an armor officer, including a 6 month deployment to West Africa and South America, where he was awarded the Navy Achievement Medal. Upon his return, he flew as an Aerial Observer in the back of the OV-10 Bronco. He was awarded the Air Medal for combat flights during Operation Desert Storm. Dan left active duty as a Captain, and was promoted to the rank of Major while serving in the United States Marine Corp Reserves.

In 1991, he turned his lifelong hobby of investing into a career as a Financial Advisor. He has twice served on New York Stock Exchange policy boards, developing training for new advisors as well as continuing education for experienced advisors.

Dan focuses on evaluating individual stocks and bonds and manages the teams’ Private Investment Management Accounts. PIM allows the team to manage client portfolios using a disciplined, diversified, and dynamic approach to investing. In order to keep abreast of the markets, Dan daily updates his charts on many individual companies and is a voracious reader of comments by some of the best money managers in the industry. He enjoys passing on his love of investing and wealth management, by educating clients and helping them develop a plan to turn their dreams into reality.

Dan was born and raised in Sioux City, Iowa. He and his wife, Vickie, have three children, Ben, Rebecca and Sam. He is active in his church, serves on several community boards, and stays involved in many youth activities. He is a long time youth hockey coach, and referees hockey at all levels including collegiate games.